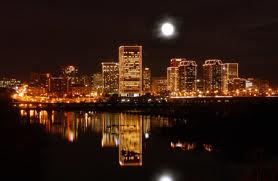 To kick off the discussion, Scott Muench stated that Smart Grids currently aren’t “smart”.  The data being collected by smart meters is generally not being fed back to the consumer so they can make informed decisions about their power usage.   Another issue pointed out by Lynn McDermid is that the industry is accustomed to having an analog device that is read once a month.  Now with smart meters, they are receiving usage data every fifteen minutes.  Dominion only has over 100,000 smart meters in place and how that data be stored, interpreted and used is still to be effectively addressed. END_OF_DOCUMENT_TOKEN_TO_BE_REPLACED