To kick off the discussion, Scott Muench stated that Smart Grids currently aren’t “smart”.  The data being collected by smart meters is generally not being fed back to the consumer so they can make informed decisions about their power usage.   Another issue pointed out by Lynn McDermid is that the industry is accustomed to having an analog device that is read once a month.  Now with smart meters, they are receiving usage data every fifteen minutes.  Dominion only has over 100,000 smart meters in place and how that data be stored, interpreted and used is still to be effectively addressed.

This collected data also comes with privacy and security concerns. Consumers will have issues with other usages for their data, such as monitoring personal behavioral patterns in a “Big Brother” fashion. However in California, consumption data obtained via a Smart Meter is considered Personally Identifiable Information (PII) stated Ms. McDermid. Also, she mentioned that it is the policy of Dominion that the customer owns the collected data.

Mr. Hermes then said that the granular level of data provided by smart meters will enable utilities to track down and repair outages far more efficiently.  The current system relies on customers to call into the utility service department which only provides a general area of where the disruption could be located.

To add to the Smart Grid complexity, how will an aging electrical grid cope with renewables, smart devices and electric cars?  Dan Hermes stated that as more devices are being added to the grid, the base load is increasing. However, if this load is not used it will dissipate as heat, a huge inefficiency and cost to the utilities and customer.  Ms. McDermid mentioned that utilities are interested in using Smart Grid tech to tighten the voltage tolerance as a means to reduce transmission and usage inefficiencies without impacting the consumer.  She also mentioned the older grid infrastructure makes it is difficult to plug renewable energy resources into the grid and manage them effectively due to the fluctuation in their power output.

Mr. Muench and Mr. Juneja both mentioned that the adoption of Smart Grid technologies will require consumer behavioral and energy awareness changes.  How will consumers react when they can monitor their power usage from a web page or in-home display?  All panelists agreed that there will be a generational component to Smart Grid acceptance.  Boomers and previous generations may not care that they can see their power consumption while Gen X, Y and Millennials will expect to have this information available to them. 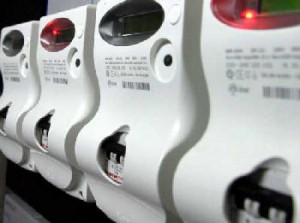 A country’s or state’s cultural issues will impact Smart Grid acceptance.  Italy and it’s near total shift to smart meters was an example provided by Ms. McDermid.  While the energy consumer in Italy is plugged into a smart grid/meter infrastructure, they have not seen the savings they were promised.  For a 2.2 billion Euro investment, utility company Enel’s customers are realizing only a 1.5 euro monthly savings for a total yearly saving of 18 euros.  Reasons behind this poor return on investment points toward consumers not altering their energy usage behavior or participating in demand response programs.

Smart Meter vendors and Smart Grid/Meter software developers are still in the process of building relationships and standards amongst each other.  There are several issues that are ongoing.  Meter vendors are attempting to shift over to smart meter development, which includes a software component, while smart grid/meter software developers are moving into manufacturing their own smart meter hardware.  An additional complexity is the industry’s standards (NERC) are in their infancy.  So the industry is will have to come together, agree to effective standards and develop products and services that align to them.  Further complexity is added to the standards and regulatory environment due to utility companies being a component of the nation’s critical infrastructure.  With this being the case, Federal and State regulatory bodies will also have to coordinate with these private entities as well. 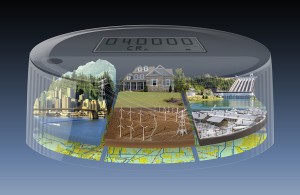 The panelists agreed that companies involved in Smart Grid technologies feel that there is pent up demand.  It is believed a “Dot Com Boom” scenario is in the making, only being held back by the uncertain economic recovery.   The panelists pointed to the deregulation of the Telecom industry and its explosive growth as a parallel to the potential for the Smart Grid industry.

As an example of the industry’s potential, Mr. Juneja mentioned that OPower has been working with Baltimore Gas & Electric on their implementation of Smart Meter technology.  BG&E received a $200 million dollar Federal grant for this purpose.  The grant is part of the $3.4 billion in available Smart Grid grants and which over 100 companies in 45 states will be participating.

Mr. Juneja and Mr. Muench stated that Smart Home technologies will help spur consumer demand for Smart Grid capability in their community.  Consumer devices that communicate their power consumption to a “Residential Gateway” or the ability to sell back excess power to the grid will all be enabled by Smart Grid/Home technologies.  Of course these technologies would have to communicate via a standard, secure protocol that has yet to be determined.

To provide the audience with a concept of how a future Smart Home would behave Mr. Muench stated that a Toyota Prius is a close facsimile or a “smart home on wheels”.    The car displays it power consumption and tailors its environment based on user preferences.  All the systems can be monitored on the in-dash display.

So how will IT professionals be impacted by this push toward Smart Grid/Home technologies?  Ms. McDermid said and the panel concurred that Information Security skills, encompassing everything from applications to hardware, will be in great demand with the planned interconnectivity of devices, homes and infrastructure.  The collected data will have to be securely warehoused and protected when utilized by the consumer and provider.  This massive increase in data collected will also drive demand for IT pros with data analytics skills.  Organizations will have to determine what the best uses for the warehoused data are how it can best serve the competing interests of the consumer and power provider.

Wrapping up the discussion, the panelists all agreed that the technology is coming, but as to a definitive “when” no one can say.  On a final note, Ms. McDermid stated that while the technology is exciting and has many positive possibilities, utilities will have to ensure their consumers who cannot afford to retrofit their homes to interface with Smart Home/Grid technology can still have access to affordable power.

I’d like to see reader’s feedback on my conclusions and the data outlined in this article.  So please feel free to fire away in the comments section!